When people think of fishing in Alabama, bass, crappie and catfish or the great saltwater action along the coast naturally come to mind.

However, the Cotton State offers anglers a wide variety of species that people can catch in diverse habitats. Some native fish might surprise even the most experienced Alabama anglers.

For instance, walleye rank as one of the most popular game fish in northern states. Walleye range from northwestern Canada across the northern Great Plains, throughout the Midwest to New England and down the lower Mississippi River Basin. A favorite target of ice fishermen, the species loves cold temperatures. One wouldn’t think this frigid fish would exist in hot Alabama, but …

“Walleye are native to Alabama,” explains Steve Rider, the River and Stream Fisheries Program supervisor for the Alabama Division of Wildlife and Freshwater Fisheries. “Northern walleye are in the Tennessee River drainage. Those were probably introduced. In the upper Coosa River, northern walleye come in from Georgia.”

A second genetically distinct native species, the Gulf Coast or southern walleye, lives in parts of Alabama. This population remains very low with a limited range.

Walleye like deep, cool, flowing water. In Alabama, anglers normally find them in tailraces below dams that release chilly water from the bottom of deep reservoirs, creating strong currents. Walleye can grow more than 30 inches long. The state record weighed 10 pounds, 14 ounces and came out of Weiss Lake.

A close cousin to walleye, sauger live in the Tennessee River system. Sauger look and act very similar to walleye. Sauger can grow more than 18 inches long. Most sauger weigh two pounds or less, but the state record weighed 5 pounds, 2 ounces. It came from Pickwick Lake below the Wilson Dam at Florence on the Tennessee River.

“Sauger are not native to the Mobile River basin,” Rider says. “We’ve collected one hybrid sauger in the Mobile Basin, which I believe was introduced a number of years ago.”

All three species make excellent game fish and outstanding tablefare. Walleye and sauger commonly feed at night, usually near the bottom. Both eat many of the same things that might interest a largemouth or smallmouth bass. They typically feed on small fish, such as shad or minnows.

“We’ve tagged and released several walleye caught by bass anglers in the Coosa system,” Rider says. “On Mulberry Fork, a tributary of the Black Warrior River, one guy brought me a 9-pound walleye. He wanted to break the state record.”

Anglers on the Tennessee River intentionally fish for sauger, but few people in Alabama target walleye. Bass anglers sometimes catch walleye or sauger on various lures. Crappie anglers using live bait might also catch some by accident. Catfish anglers on the Tennessee River occasionally catch a walleye or sauger while bouncing fish chunks or live baitfish along the bottom.

“If I really wanted to catch a walleye in Alabama, I’d go to the Mulberry Fork and throw live shad on a bottom rig,” Rider says. “The Mulberry Fork and Black Warrior are probably the best areas to catch walleye in Alabama. Some people catch walleye on the Tennessee River, but they’re actually fishing for sauger. Catching a walleye is a bonus. I have pictures of people catching walleye on plastic worms, but most people catch them on live bait or small jigs.”

In northern states, people catch walleye on crankbaits and other lures that mimic shad. Some use in-line spinnerbaits sweetened with a large nightcrawler or live shad rather than a skirt. Drag it along the bottom so the blades barely rotate.

Nobody will likely rush to Alabama specifically to catch walleye, particularly with all the other great fishing opportunities the state offers. However, some lucky anglers might hook a surprise that adds another entry to their lifetime list of caught species.

Outdoors
PrevPreviousState sets aside days, acres for disabled sportsmen
NextGiant geese come back from the brink of extinctionNext
While You're Here 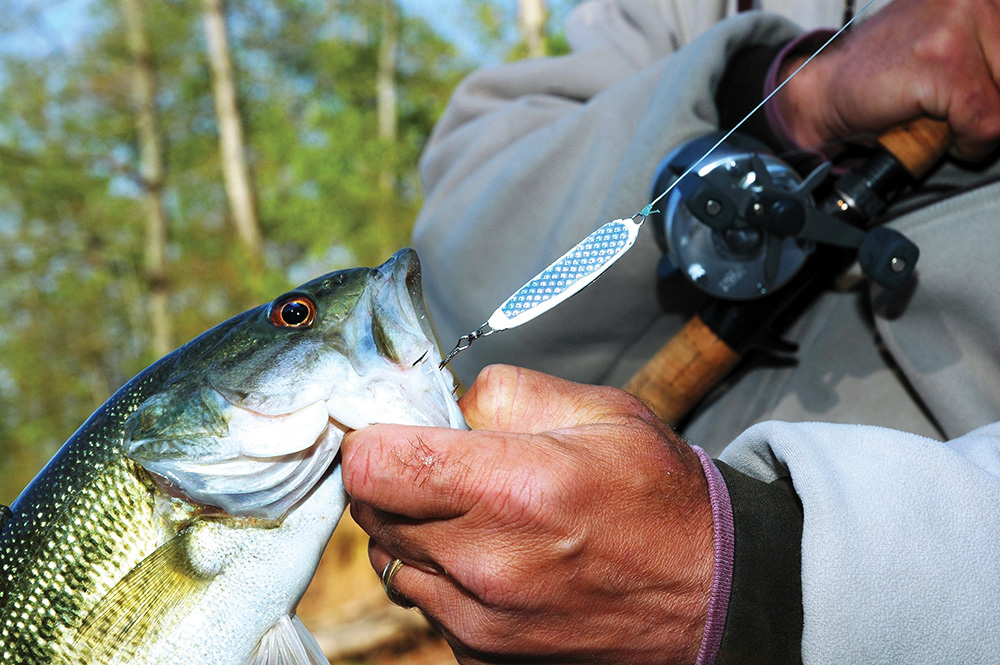